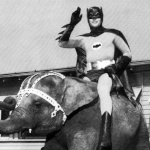 There is no area of government that is as ineptly run as "Communications". From digital tv, to broadband internet to gaming to the sale of Telstra, it's an area where politicians have absolutely no experience and are swayed by either absolutely conservative social values or by the interests of our most high-profile big businesses (media moguls, Telstra and Optus etc etc).

Communications Ministers tend to be insanely ignorant, and are given the gig because people owe them something but they're not good enough to stand up in a real position (ie Health, Defence etc etc). Anyone ever hear anything of Helen Coonan any more? There's a reason you don't.

it's just ridiculous, i hope we at least get a R18+ game rating out of this fiasco!

Mahzian wrote:i hope we at least get a R18+ game rating out of this fiasco!

Even if we did (which I don't think we would), we still wouldn't be able to play the games as mentioned.

HA! Love to see him try!

I really wish they'd get it through their thick heads that it is the government's job solely to advise on such matters, not to play judge and jury, let alone executioner.

Advisories, warnings, information and ratings are what they should be doing in all such matters. Give people as much information and advice as they feel they need to in order for all people of legal age to be able to make up their own minds in regards to what to buy and support with their own hard earned money. That is their function in its purest sense, or at least what it is meant to be in relation to such matters. Their function is not meant to be one in which they censor or enforce their own personal morality onto the public at large, but sadly these last few years, going back to when the Libs took power, that's exactly the kind of thing that appears to be the norm now. And we are all the worse off for it.

The fact that we still don't have an 18 rating for new media such as video games is a national, and international, embarassment. That we are trying to put in mass internet filtering, which everyone is the know has testified will never work and will do far more harm than good in the long run, particularly with the kind of filtering systems they want to use, but the warnings about which they are steadfastly ignoring and trying to go ahead with anyway, is a utter disgrace. And that we still have monkeys like this in charge of all these things who seem so out of touch with the reality of such situations and technologies leaves us with little hope that the future will be any brighter.

Someone wake me up when they're ready to start the revolution...

I'm voting for you in the next election Sledge Hammer

And aside from this, I thought they'd flushed the entire idea already?

What a complete load of garbage.
I hate this sort of crap, ooo games are for kids and anything that isnt appropriate for a 15yr old isnt suitable for anyone else.
Get a freakin clue !!

Really frustrating when you know the average age of a gamer is 30!

Part of the problem is that most pollies are 50 or over, and have never seen games as more than a diversion on the level of Pacman. Plus, their kids are all around their teens, and they want to "protect" them.

There's been so much resistance I can't believe it'll actually get through. From what I've seen the ISPs are against it, the general public is against it, I think I've even seen some child protection groups speak out against the net filtering schemes.

It strikes me as doomed to fail.