I'm surprised this wasn't announced on Monday after Disney's movie makes over $200 million dollars but Disney CEO Bob Iger announced that the company is developing a sequel. The film’s success "is a great illustration of why we like Marvel so much." Demand for Avengers merchandise has been strong, he added. 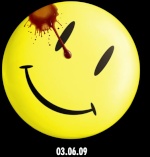 I am guessing Infinity Gauntlet.

Whedon originally indicated that he favoured a smaller and more "personal" sequel.

But with the Infinity Gauntlet being glimpsed in Thor, Loki possibly (?) using the "Mind Gem" in The Avengers and the tease of Thanos at the end of The Avengers, it seems pretty likely that they'll be going with another substantial threat.

Unless the Infinity Gauntlet is utilised in Thor 2?

I hope they go with some mortal foes like Zemo and the Masters of Evil, or introduce Hank Pym, Janet Van Dyne, Ultron and The Vision. Leave the space stuff to Thor or the rumoured Guardians of the Galaxy flick. 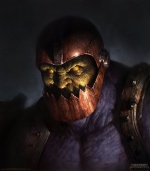 Man I wish, but if the comics cant survive I doubt there will be a movie.

I heard they have been working on ant man for years and Ultron would be cool.
Maybe the aliens in the first movie were a bit too Ultron-esque though?

hmmmmm
He is a good actor. Does this mean he will be more like T2 T1000, liquid metal and can take human form?

Just his voice I would have thought.....

I hope they at least try to be comic accurate and use that wicked head he has (Ultron, not Spader).

It's been a while since casting announcements have been posted, so I'll bring everyone up to speed.

In addition to James Spader as Ultron, and Robert Downey Jr.'s confirmed return as Tony Stark / Iron Man, we have...

Spoiler:
Paul Bettany will be playing The Vision.

Even though the last announcement was publicly confirmed, it still seems like a big spoiler to me, so I hid it just in case anyone doesn't want to know that one.

And while Scarlett, Mark, Jeremy, and the two Chris's are all expected to return as Black Widow, Bruce Banner, Hawkeye, Thor, and Captain America respectively, their casting has not yet been publicly confirmed, even though filming is expected in mere weeks.

It's all sounding awesome.....but nothing announced so far is as cool as a live action Rocket Raccoon

Scarlet Witch, Quicksilver, and more from Age of Ultron revealed (in concept art) by Marvel today (along with screen caps from the often leaked Ant-man test): http://marvel.com/news/movies/2014/3/18/22172/marvel_studios_assembling_a_universe_unleashes_new_phase_2_art

Here's a link featuring 2 more pieces of concept art (including confirmation of a HUGE fight sequence in the film), and some new Guardians of the Galaxy photos: http://io9.com/all-the-avengers-2-awesomeness-from-tonights-marvel-sp-1546846905

Click here to reveal my thoughts...:
- I love Wanda's appearance. It's pretty much exactly how I hoped they'd do her. Kind of bohemian/gypsy style.
- I'm glad that they have Pietro in blue, but (from this pic) his outfit looks awfully generic. I'm not worried though, as we'll see what we end up with in the finished film. Also, I'm totally ok with them having him with similar coloured hair to his sister instead of white. It makes sense.
- Looks like the destruction with be upped in a big way, judging by the shot with Hulk & Natasha.
-

Lots of robots in the movie posters at xdcc…..not much Thanos….Will he even appear in this?

Lots of robots in the movie posters at xdcc…..not much Thanos….Will he even appear in this? wrote:

Thanos apparently shows his hand (no pun intended) in the third instalment.

Here's our first official reveal of The Vision (in his golden glory), in this 8-piece SDCC 2014 poster set.

Looking forward to this one ! Awesome. 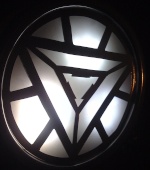 Picked up GOTG on Blu-Ray over the weekend....the 'exclusive' Age of Ultron sneak-peek didn't show much at all unfortunately.

That was not a good film.

On par with Iron Man 2, and Thor: TDW, only with better action.