Just wondering if anyone here reads any Manga titles?
I've really been enjoying a few titles lately..I don't like those goofy titles with the women who have perfect adult bodies but the head/face of an 11 year old...but there are some damn cool stories out there...

Berserk
Man I love this book!!!
The story is cool. The characters are cool. Guts is so awesome...This is probably my favorite book right now...better than anything coming out from the U.S right now...Shame that the book is on hiatus atm...

Death Note
This book took me by surprise. It's quite good. Just when you think you know whats gonna happen it really surprises and goes in a different direction. It's quite dark at times too which I like.

Gantz
Fuckin weird....You're never told why these things are happening and who is making these things happen or where all the cool tech is from...but it's one hell of a ride!..very strange.

Hellsing
Cool and stylish...love the main character Alucard. I love when japanese do vampires...just seems so different...

So anyone else reading any Manga? 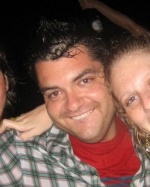 I read Blade of the Immortal

Been wanting to try Blade of the immortal...Any good?

I read whatever they reprint of Osamu Tezuka (Buddha and Phoenix being standout favourites), looking forward to getting the new Blackjack release. Also getting the fantastic Vagabond series in the big editions they're putting them out in. Have the first volume of Berserk sitting there int he to read pile. Also loved Akira back when DH released the whole series. Tried Blade o/t Immortal but it just didn't click with me, same with Ghost in the Shell.

Actually, no that I have listed these, if it has street fighting, gratuitous violence, OR cars hooning about I'm there...